The #1 problem in the world today.

I am gifted at math. Really. I taught myself how to multiply and divide when the rest of my class was learning addition. I scored in the top .1% nationally in math in the 8th grade. In high school, I could picture the meaning of formulas where most others were just plugging in numbers. The other day, however, I was surprised when I read the following question and answer:

Q: How wide would a piece of paper be if it were folded in half 103 times?

A: If in fact it were possible to fold a piece of paper that many times, it would be as wide as the known universe. That is-  93 billion light years wide

A single piece of paper is only .0039 inches thick. So it is hard to imagine it’s growth being anything near that substantial. It troubled me that I had no common sense of what that answer would be. I did more research. As it turns out,  the “exponential curve” is not intuitive to human beings at all. It’s like we all sort of have a mathematical blind spot.  Check it out here: https://www.youtube.com/watch?v=AAwabyyqWK0

Take a moment to try to take in the meaning of this chart. The biggest problem in the world today isn’t HIV or hunger or crime, it is our own population growth. This is not sexy, it doesn’t make headlines, but it’s absolutely true.

But the general populous isn’t reacting to it like we should. I believe this is because it goes against our nature so much. We naturally want to reproduce; we naturally want to cure disease when we see a friend in need of it; for example. We don’t think about the world’s population itself as a problem because we don’t see it as an immediate threat on our livelihood. It’s not tangible and it’s not intuitive.

But it is real.

Africa is the front line of the war on human sustainability. How much of Africa’s hunger, disease, and poverty is due to a lack of resources? If we shifted our charity money toward marketing for and providing contraception and education wouldn’t that be more beneficial? These are real questions that we should seriously be asking. Feeding and curing starving and diseased humans in a sexually uncontrolled environment is the same as adding fuel to a fire.

So what does this mean to you and me? Well, I’m starting with the man in the mirror. I am going to get a vasectomy (after now having two children) because I want to do my part to stop the fire.  No one talks about this stuff. It’s kind of humiliating. But it shouldn’t be, and I recognize that. It is time to open up a discussion about the world’s biggest problem: It’s nut cutting time, ya’ll. 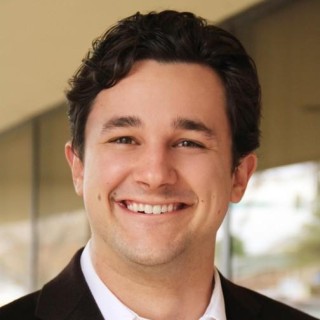